The forecast in brief

This Weather Widget is provided by the Met Office

A bit of a blow

The weather forecasters during last weekend
predicted storm force winds in this part of the country early on Monday
morning. We all hoped they were “playing safe” but it turned out they were
pretty much spot on with the timing, location and wind speed. I can’t see a
practical way of photographing wind (only the results of it) but my weather
station recording will have to suffice. 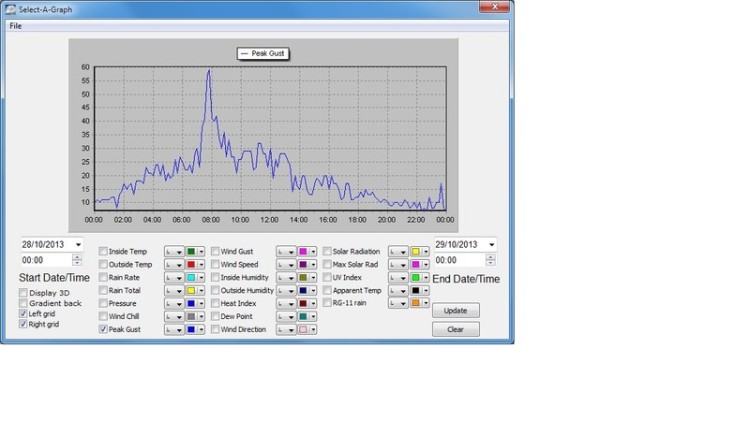 I’m pleased to say that the Davis weather station
survived to tell the tale, and my masts and aerials were essentially undamaged,
with just one beam twisting a little in its mounting. However, I wasn’t in a
position to play radio because around 7.30am on Monday we lost mains power. It
remained that way until after lunch today (Thursday). It’s surprising how
stressful doing nothing can be, but in reality the stress is caused by not
knowing when it would be sorted out.

From time to time I used the contest
generator. It’s a noisy beast in a domestic environment, but the situation was
unusual. Of course, bringing a mains lead into the house means leaving a window
open and losing valuable heat. Fortunately, apart from one night when there was
a slight frost, the temperature has been quite reasonable.

Domestic appliances like the kettle and
television can easily be plugged in to the generator supply under these
circumstances, but the gas central heating boiler is wired directly to the
house wiring. This is something I’ll be looking at closely in the coming weeks,
possibly with the introduction of a mains transfer switch and a wall socket to
plug the generator in to.

Other things that the power cut reminded me
about were the need to keep a simple telephone in the house, even if not
plugged in, because the cordless ones need a power supply. And of course, matches,
candles and batteries.

My Petzl Tikka XP 2 LED head torch (the
village has almost no street lighting) was absolutely invaluable – it’s small
and lightweight and comfortable for hours of use.

And something to consider for the future –
a UPS for the computer. Power interruptions of just a few seconds seem to occur
quite often and are really frustrating !

I'm using a Davis Weather Station, and it would be nice to display this live on these pages. But until (or if) I sort out the technology, I'll manually post a weather summary from time to time. The software is from Cumulus and it's great. It is free too.

Until very recently, the weather station was located in a rather sheltered position, so the wind speed records are lower than they should be.

The weather station does not know whether precipitation is rain or snow, so it is all recorded as rainfall. There is no sensor for sunshine on my unit, so that is why there are no hours of sunshine. 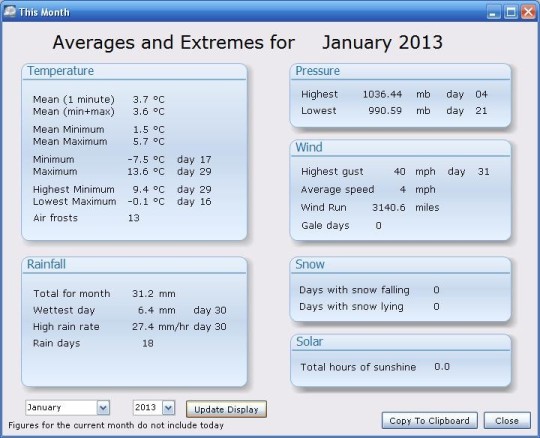 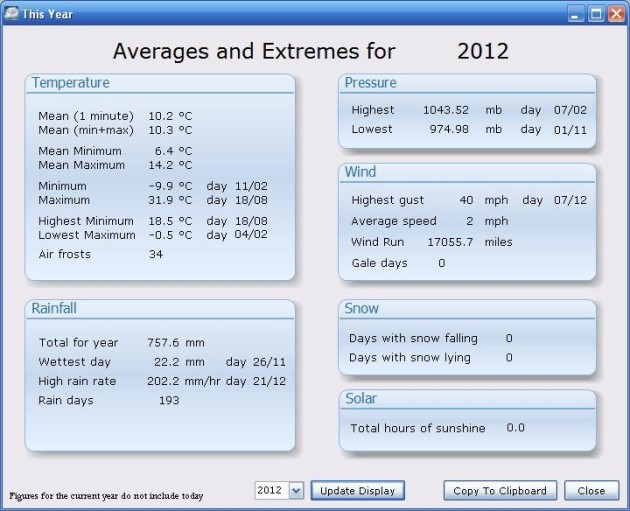 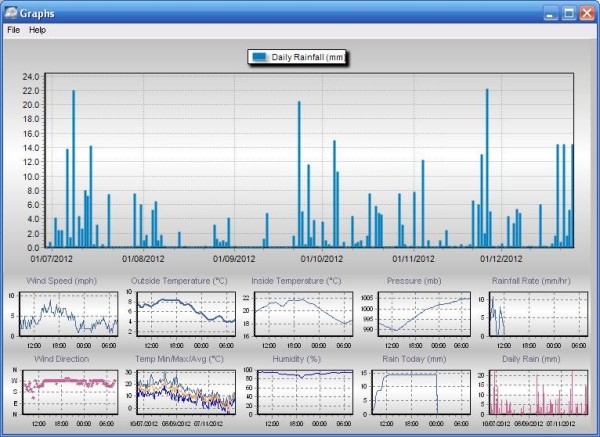 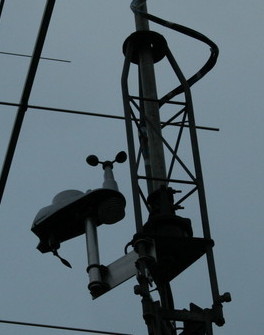