I’ve lived in Essex for almost all my many years. But until recently, I hadn’t visited the highest point in the County. Residents of Brentwood, Warley, Danbury and Epping quite often lay claim to living in the highest part of Essex, but they are well adrift, in latitude, longitude and height. For the record a quick look at a large scale map shows spot heights of 108, 112, 107 and 117m respectively for those places.

The highest point in the County has no immediate near towns, no near residents, and no trig point. Fortunately it’s easily accessible by a public bridleway, and I visited the spot by a pleasant circular walk from Chrishall. This village is close to the point where the Counties of Essex, Hertfordshire and Cambridgeshire meet, a few miles west of Saffron Walden.

The height is 148m above sea level. There are nearby areas of woodland and high hedges, so there are almost no long reaching views from this high point and consequently no particular sense of height. The photo below is a view approximately west from a point near the 2 mile marker on the map.

I know that at least one walker has visited the highest point in every County – and he wrote a book about it (Jonny Muir; The UK’s County Tops). A really enterprising soul could join them all up in one enormous walk – a sort of Lands End to John O Groats with a big difference ! 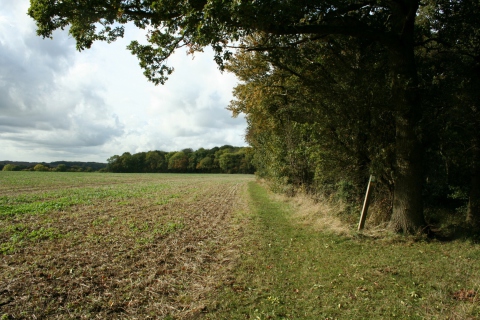 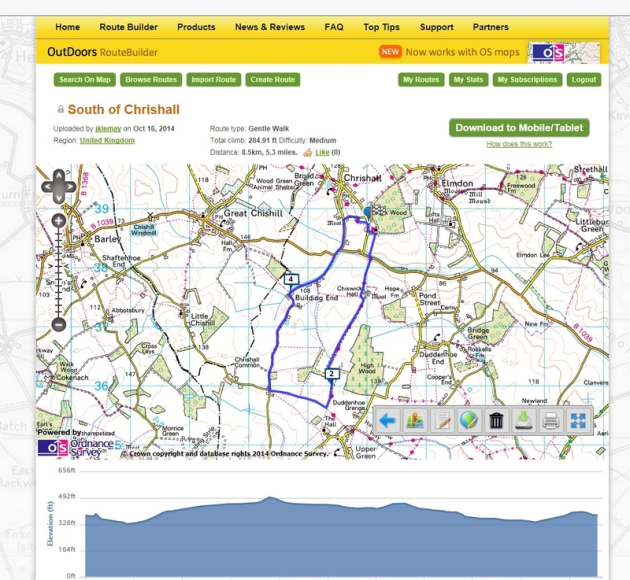 Just after Christmas, we had a day with several hours of sunshine, a bit of a rarity recently !

It was an excellent opportunity to take a country walk and brush away the cobwebs of the festive season. I chose a circular walk through Linton and Hildersham on the Essex / Cambridge border. There was plenty of useful information on Cambridge County Councils web pages and at around 7 miles it would be ideal for an afternoon ramble.

It turned out to be a little longer, and with around 400ft of ascent on often muddy paths, it was sufficiently challenging without becoming a struggle to complete. Part of the walk is along the valley of the River Granta and part is along the route of a Roman Road, with extensive views. There are short sections along relatively quiet roads too. Linton village is larger than I expected, and its narrow streets include a one-way system, which is well signed for traffic but which confused at least one walker – me.

Hildersham has many local footpaths and is a pleasant village. I wish the same could be said for its residents: I came across a chap who was standing on the footpath carrying out some minor maintenance on his car which was at the kerbside. He made no effort to move as I approached, and as I squeezed past, he said quietly but clearly “there’s plenty of room out there”. The clear inference being that I should have walked in the road so as not to inconvenience him. I decided to let it go and continued on my way, even though I have absolutely no doubt of my rights under highway law.

I just hope that by now he has developed a truly unpleasant and debilitating disease, for which a cure is still being sought. 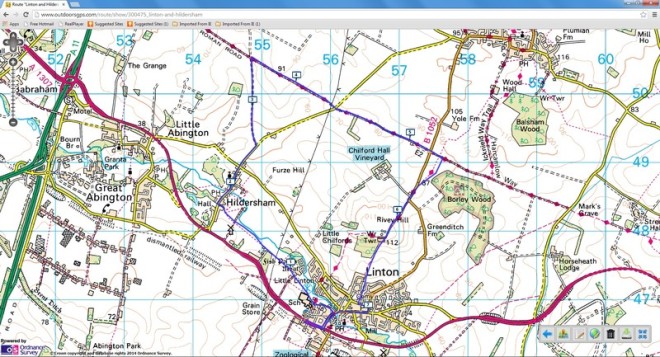 There's nothing like some gentle excercise. If only I could remember to take my camera more often ! 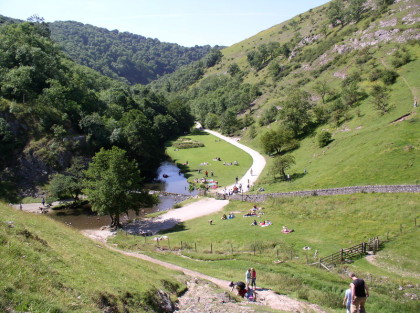 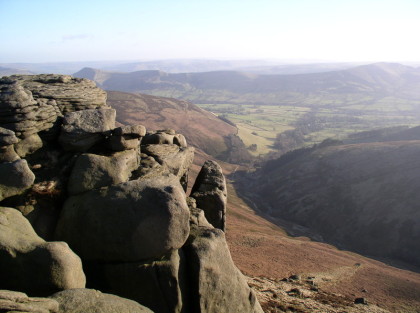 Edale from Kinder Scout. The walker is spoilt for choice in this area. 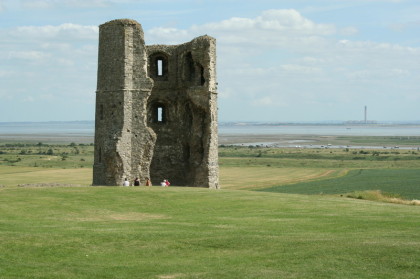 Hadleigh Castle and Country Park. Essex is certainly not flat.

A recent walk on the Norfolk Broads