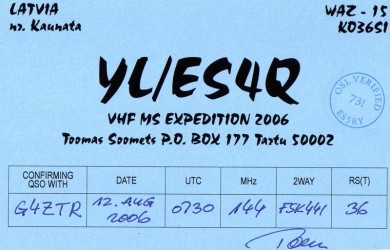 Contacts can be made on VHF by using the brief reflections from ionised meteor trails. Although signals can be quite strong and bursts of several seconds may occur, pings of milliseconds are more common. Meteor scatter contacts can be made on the VHF bands from 50MHz to 432MHz. Meteor scatter on the 50MHz and 70MHz bands can be quite quick and easy. On 144MHz it is a little more challenging. Meteor scatter on 432MHz is possible but it is difficult and relatively unusual. Most contacts are made using the FSK441 mode from the K1JT suite of data communication. During major showers, there can be enough reflections to support brief SSB contacts. 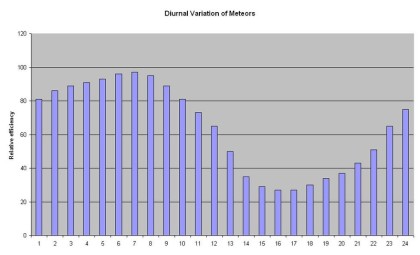 Major showers of meteors are more useful for amateur communication because of the increased rate of ionised trails. One of the biggest showers of the year peaks on January 3rd; this is the Quadrantids shower. Another useful shower is the Piscids, peaking around May 7th. The path that the ionised meteors take means that reflections are favoured for certain directions and these vary during the day. Most meteor showers are also below the horizon for part of the day.

The geometry of meteor showers and in particular the height above earth of the ionised trail leads to an optimum distance between QSO partners of around 1200 to 1600km. Contacts up to 2000km are quite common, but every 50km beyond this distance becomes progressively more difficult. 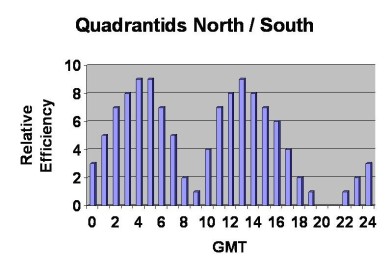